Funder of the project

Government of Spain, Ministry of Economy, Industry, and Competition, and the European Regional Development Fund (Project no. CSO2017-86975-R)

Management of the project

The web page of the project on the ResearchGate where all outputs are available is here.

Aim of the project

To develop a new theoretical understanding of the nature and dynamics of the renewable energy development, by analyzing existing social-economic, spatial and landscape patterns and regional differences of the development in four European countries (Spain, Italy, Czech Republic and Hungary), identifying enablers (success factors) and barriers which hinder a more effective utilization of the realizable potential of specific renewable energy resources, and studying how these barriers and enablers evolve over time. At the same time in order to achieve a space-based study we will study interactions among all different kind of renewables existing in different study areas. To analyze institutional contexts and acceptability of energy transition in order to provide indications for efficient energy policies. To estimate the economic impact of RE on production and employment. To consolidate an international and multidisciplinary research group formed through previous collaborations.

The second workshop of the ADAPTAS project took place in Brno (Czech Republic) on June 6-7, 2019, hosted by the Department of Environmental Geography, Institute of Geonics. The event was attended by team members from the Czech Republic, Spain, Italy and Hungary. The workshop was devoted to collaborative writing of common papers and planning of future research activities. During a whole day field trip the participants had the opportunity to visit different types of energy landscapes of the South Moravian Region, such as post-coal mining landscape in the Oslavany municipality, nuclear power plant in Dukovany, hydropower plant and dam in Dalesice, wind farm in Brezany and the historical city of Znojmo.

The first international workshop of the ADAPTAS project has been organized in Granada, Spain (February 25 - 26, 2019) hosted by Instituto de Desarrollo Regional, Universidad de Granada, with a participation of project members and cooperating researchers from Spain (University of Granada, University of Jaen), Italy ( Iuav University of Venice, University of Florence), Czech Republic (Institute of Geonics , Czech Academy of Sciences) and Hungary ( Szent Istvan University). Plans for research activities, objectives, deliverables and work on publications for 2019 were discussed and adopted. 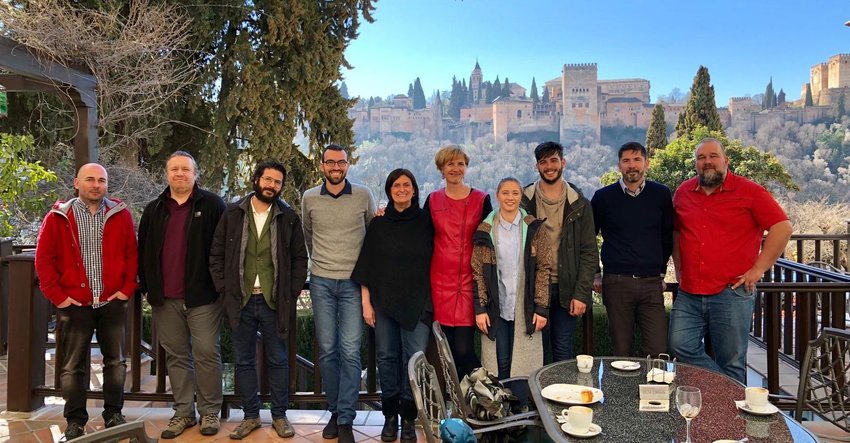